Have you ever called your spouse in for “back up”, in order to show your kids that you parents are a unified front? I did that last night. Yep, I sure did! Called an emergency family meeting and had my husband come out of his home office to make a strong show of solidarity in our war on Unacceptable Behavior. Did it work, you ask?

Maybe I should have told my husband that he was supposed to be my partner, playing the role of the intimidating, muscle-y body guard/eloquent diplomat- type. Mike was supposed to sit beside me, with his arms crossed and stare down the boys as he helped me explain WHY we need to practice courtesy and mindfulness along with safety when opening the front door. Instead, I unleashed his inner marine drill sergeant!

One minute I am sitting across from the boys discussing behavior and my disappointment in how they morph into a swarm of crazed hornets whenever the doorbell rings and company is at the door; They put on this elaborate display of what we call “ultimate shenanigans”- running up and down the stairs, pants-ing each other (My oldest has still not figured out that wearing underwear would help him save face), attempting to run past the person at the front door and bolt down the street to goodness knows where…clothed or not, screeching at the top of their lungs as if they are being chased by a blood thirsty grizzly bear.

I drone on about how we need to practice better behavior when we have company at the door (this is when I expected Mike to flex a bit of muscle and chime in on how they are great kids but need to work on this area more, blah, blah, blah…).

Careful what you ask for ladies, your Man may be an overachiever like mine and go for bust.

Out of the corner of my eye, I saw Mike expand to twice his size, “That’s it! You have finally BROKEN your mother!” (I think to myself, Yeah, that’s right! …Wait a minute, what? They have?)

He continued to bark out his declaration, “Now she has finally unleashed me!” (hold on, before… THAT was you on a leash? Wait, YOU think I have you on a leash?…is that an option?)

“We have tried it your Mom’s way, and now it is MY turn!”  Mike growled to the boys.

Instead of my husband, I see “Gunny” R. Lee Ermey from Full Metal Jacket sitting to my left. The boy’s faces were all eyes, lips as small as a button. Leaning back into the couch the revelation had hit them before it hit me. Dad was totally taking the wheel.

Tandem-bike parenting was out the window. Montessori Peace-tables, positive parenting and democratic discussions of problem solving and improvement were about to go down like the jelly doughnut found in Pvt. Pyle’s footlocker… ugh oh.

A litany of absolutes came streaming out of our newly charged Gunny Dad… “You are always wild, never listen, you have too much stuff. … I am taking the TV remote with me on my business trip to New Jersey!…” What the???? Am I on Earth right now or have I been sucked up through some crazy wormhole that has transported me into alternate universe of Parent McCrazyville.

No seriously, what just happened? I thought we were discussing how to answer the door without scaring away our neighbors? How did we get from THAT to taking away every toy they owned and giving them a cot, one sheet, a blanket and a footlockers’ worth of stuff?

The boys go from being startled to silly, the younger attempting to push the line and call dad’s newly dealt hand while the older is pretty sure this “new dad” means business.

I, on the other hand, am trying to keep my poker face straight while trying to figure out where we made a wrong turn…he’s taking the TV remote to New Jersey?? We don’t even watch TV during the week! …His parents are coming to baby sit tomorrow. ..How do I explain that the remote is in Jersey with their son?!

I break face and through my Barbie Doll-like grimace, I mention that his parents are coming tomorrow and they like to turn on the TV.

“Well then boys, I am going to give this remote with your mother!” ….Okaaaaay.

At this point, the crack in logic has been spotted by our 5 year old. Since he’s is more than aware that there is a no TV (aka no Ben 10, no Justice League, No Wild Kratts) during the school week policy and that the remote is a useless bargaining chip, he presses to call his fathers hand; holding his stomach, he starts to uncontrollably laugh, goading his brother to do the same.

This of course, infuriates “Gunny Dad” who moves to the next threat level. Operation Overkill:

“This disrespect and ungratefulness is unacceptable and will stop immediately. You are spoiled and have too much stuff. …”

He went on to basically say, “I am going to take away everything you own.” which translates to, “I am leaving on business for New Jersey this week, so your mother will be packing up all of your belongings and locking up the play room, enforcing my orders until I return!”

Yeah, uh- no. I am not spending the better half of a week alone with these firecrackers without the aid of Legos, matchbox cars and Star Wars costumes!

Yet, I totally felt his frustration with the boys’ behavior. It does just SUCK when they loose it and are out of control. I want to duct tape them to a chair so they will just sit still and stop moving at times! But just because I feel like it doesn’t mean it is the right parenting move. Wonder if R. Lee Ermey would oppose me on that one!

I can only imagine coming home from a long day at work with the fantasy of being greeted by your family with kisses and hugs, a glass of wine on the counter, the savory smell of dinner tickling your nose. Soft music playing in the background while you usher your kids back to their homework tables as you go upstairs to change out of your work clothes in peace and tranquility.

Instead my husband opens the door, sweeping aside the Ultimate Lego booby-trap that my oldest son has been painfully repairing from the stampede executed by his little sister and two dogs. The then begins to cry like his finger had been severed by an inmate’s makeshift weapon and accuses his father of destroying it on purpose.

Meanwhile, our two big dogs bound down the hallway, their paws loosing traction on the linoleum floor and crash into my husband’s legs; covering his newly pressed slacks in dog hair and what he hopes is mud. As he is yelling for them to get down, our 5 and 2 year old jump up from their intensive duty of mixing together every board game we own and join the dogs in their mosh pit style of greeting.

As I hear my poor husband in distress, I am not rushing to his aid. I am madly trying to finish the breakfast dishes that should have been done after breakfast but are the hold up for starting dinner, yes- dinner is due in less than an hour and it is not even close to getting in the pan. By the time he fights his way down the hall with kids attached to his legs and makes it into the kitchen to get his welcome home kiss, he is probably plotting how to get back to work! : /

I think our job as mothers is to practice being the best guardians for our children and the best pilot instructors for our family that we can be.  Though, at times it feels like we are more Air Traffic Control Tower Operators, avoiding the constant threat of family members colliding… we Moms have to guide our family; on when to pull back on the throttle, when to use the turbo boosters to get where they need to go and how to land safely when they arrive.

Looks like I have some homework of my own to study this week while Mike is away; Practicing peacefulness at home, getting more organized, and following through with consequences along with praising good behavior. And letting “Gunny Dad” steer the tandem bike more, because we are not a team if he feels he’s the one always stuck pedaling us up hill. Besides, who doesn’t need a dose of R. Lee Ermey every now and then?

What are your families “transitioning to home” routines? 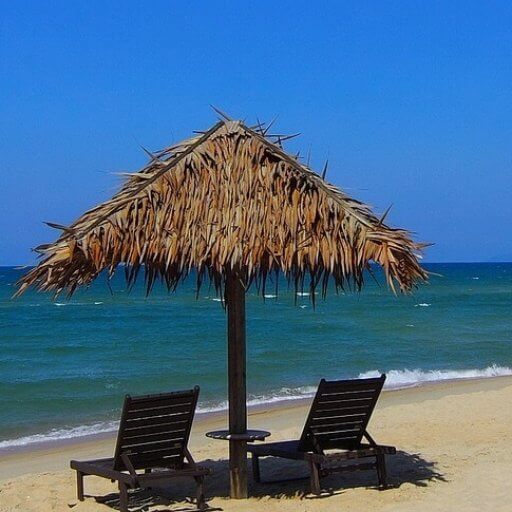 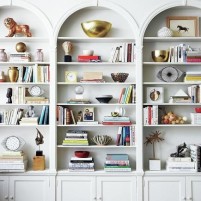 The daily reads and writes

Lover of math. Bad at drawing.

We're here to help you reclaim your space.